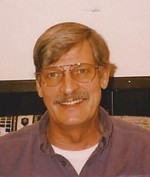 Dale Thomas Reimer, age 81, of Mound was born on September 29, 1938, in Munich North Dakota, died on November 10, 2019 in Maple Plain.
Preceded in death by his parents, Peter & Esther (Pierce) Reimer; previous spouse, Ramona Timmer; sisters: Lois (Herb) Steinmueller, Beverly (George) Tozier, and Lori Reimer; son, Thomas D. Reimer; step-daughter, Deborah L. Sanders.
Dale went home to be with the Lord and so many that went before him. He is survived by his wife Gail (Leino); son, John (Meredith) Reimer; daughters, Teresa Reimer, Mary (Adrian) Jones; step sons, Mark (Diane) Leino, Michael (Beth) Leino, Steven Leino; 3 brothers, Creighton Reimer, David Reimer, Richard (Gloria) Reimer; 14 grandchildren, 25 great grandchildren and many nephews and nieces.
Dale joined the Marines while he was a high school student. After fulfilling his term he moved to Minneapolis and worked at the Paper Calmenson Steel fabricators 40 years until they went out of business. He then went to Hennepin Tech and earned an AAS degee as an auto boy technician. He worked for Lehmans Autobody Shop for 2 years and then went to Minneapolis Auto Auction where he worked for over seven years, retiring in 2012.
He and his wife Gail traveled extensively all over the U.S., Mexico and Canada. Also they took 2 trips to Hawaii and a trip to England. He also enjoyed a Carribean Cruise.
He was an avid Vikings Fan and enjoyed various sports and deer hunting. He also liked history and antique shows as well as educational television programs. He loved telling tall tales and jokes, and making people laugh. He served Christ faithfully and was active in Church Events and mowing he church lawn for several years.
He lived a long and full life and we celebrate this life-even as he is deeply missed.