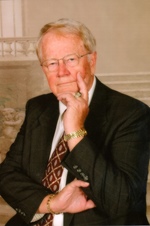 Robert (Bob) Schwartz
Bob Schwartz, 80, of Chanhassen, Minnesota (formerly from Green Isle) passed away at his home on Wednesday, January 8, 2020.

Visitation will be held at Christ Lutheran Church in Eden Prairie from 9:30-11:00 am on Monday, January 13th with funeral services following immediately at 11:00 with Pastor Garrett Alford officiating.

He graduated from Arlington / Green Isle High School in 1957. He then attended Gustavus Adolphus College in St. Peter, MN, graduating in 1961 with a degree in Accounting & Business Administration and started working for the Green Giant Company.

On June 2, 1962 Bob was united in marriage to JoAnn Biermann at St. John’s Lutheran Church, Helen Township by Rev. Bradkey. They shared over 57 years of marriage together. They were blessed with one daughter, Kristine, her husband Matt Beatty and two grandchildren—Hannah and Madison.

Bob worked for Green Giant / Pillsbury for 32 years, starting in 1961 at Montgomery, then transferred to Glencoe. In 1963 he transferred to the corporate offices in LeSueur where he was in finance, planning & analysis and then Marketing Controller in Minneapolis. In 1974 he became Controller for the International Division. After the merger with Pillsbury, he became Director of International Operations and Development.

Most of his traveling was to Europe, where in 1976 he was instrumental in starting a sweet corn canning plant in the Southwest of France. The plant was expanded several times and today produces about 6 million cases of canned sweet corn annually. Working with this and other plants took him to Europe nearly 80 times. In all, Bob’s international work took him to 45 countries.

After retiring from Pillsbury in 1993, Bob consulted to the food industry for several years, including a project for the US Government (USAid) in Ukraine and Moldova.

While Bob and JoAnn lived in LeSueur they were members of Grace Lutheran Church where Bob served on the council as finance chairman. Bob was a member of the LeSueur Jaycee’s and was the Jaycee Regional Chaplin.

Bob was an active member of Christ Lutheran Church in Eden Prairie, serving on the church council as finance chairman for 14 years. He also served as the general contractor for the church’s office addition. Additionally, Bob served on various other capital project committees and was active with Thrivent Financial serving on the Carver / Hennepin Chapter board for 12 years.

He was also very interested in genealogy and did research on eight area families.

The Beatty family lives in the area, so he and JoAnn enjoyed attending most of his grandchildren’s sporting events and school activities.

Bob and JoAnn enjoyed traveling many places with friends and the Beatty’s—including Hawaii, river cruises in Europe, visiting the Green Giant plant in Labatut, France and to Ixtapa, Mexico where they typically spent 6 weeks during the Minnesota winter. In addition, they spent time in the summer at their cabin entertaining family and friends.

Bob is survived by his wife JoAnn; daughter Kristine and her husband Matt Beatty of Eden Prairie; two grandchildren, Hannah and Madison Beatty of Eden Prairie; brother Victor (Patty) Schwartz of Green Isle; sister-in-law Mavis Graupmann and brother-in-law Kevin (Nancy) Biermann, both of Green Isle, as well as many nieces and nephews and many other relatives and friends.

He was preceded in death by his parents, Walter and Dora Schwartz, father-in-law and mother-in-law Elmer and Della Biermann and brother-in-law Richard Graupmann.

Arrangements were made with the support of Huber Funeral Homes in Eden Prairie. In lieu of flowers, donations are preferred to Southwest Christian High School, 1981 Bavaria Road, Chaska, MN 55318.