To share your memory on the wall of Scott Sinjem, sign in using one of the following options:

We encourage you to share your most beloved memories of Scott here, so that the family and other loved ones can always see it. You can upload cherished photographs, or share your favorite stories, and can even comment on those shared by others.

Posted Jun 26, 2020 at 11:58am
Dear Hannah and Sam, I was your Dad's 7th and 8th grade teacher and baseball coach at St. Raphael's. I remember him as a fun loving kid and a great student. He loved to argue academic points of view and was very competitive in baseball. He enjoyed "bossing"around his younger brothers. I was so sad to hear he died. Just like parents do not want to see their children die before them, it is also true for teachers and coaches. If you would like to see a couple of pictures of your Dad, in his baseball uniforms, just text me 320-746-9939. I presently live in Blaine MN. Say hi to your grandfather Don and Uncles Steve, Chuck, and Todd.
God Bless, Patrick Vandrovec (Mr. V.)
Comment Share
Share via:

Posted May 09, 2020 at 01:05pm
Hannah,
So sorry to hear about your dad's passing. My heart goes out to you. I've missed seeing you at Doherty's. I hope it opens up again soon! Friday nights are just not the same for me and Roger!
Love you,
Rosie Casey Brown
Comment Share
Share via:
JB

Posted May 04, 2020 at 08:02am
I knew Scott since our St Raphael And Cooper days. We had a great childhood there, with harmless fun. Scott was a wonderful person. It was very touching to read Bill Olson’s name in the obit. I am very sorry for your loss.

Posted May 03, 2020 at 12:52pm
I met Scott at the University of St. Thomas and we went on to work together at KPMG/Peat Marwick. He was an outstanding individual and a good friend to many.
I hope his children and family can take comfort in the fact that he is now in Heaven, where the quality of life is so wonderful and far too glorious for us to even imagine, and there’s no dementia or COVID-19.
Comment Share
Share via:
TM

Posted May 03, 2020 at 12:19pm
I was Scott’s roommate at St. Thomas. We he moved into the dorm, Scott showed up with a cooler of beer and we quickly became good friends. I was always welcomed in the Sinjem home and enjoyed my visits there while in college. I want to express my sympathy to everyone in the family. All of you will be in my thoughts and prayers. 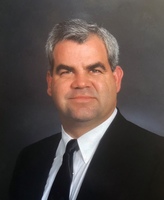