To share your memory on the wall of Gerald Corcoran, sign in using one of the following options:

Born in Fargo, ND and raised in Minneapolis, Jerry was able to travel internationally to his beloved Ireland. He is preceded in death by the love of his life, his wife Patricia (Patty) Burns Corcoran, brother Lyle and parents John & Mabel (O’Bleness) Corcoran of Minneapolis.

In his early years, Mr. Corcoran took any available job to help his north Minneapolis family though the Great Depression. After graduating from Vocational High School in Minneapolis, he joined the U.S. Air Force serving as a WWII veteran in the Medical Corps discharged in 1950. Jerry then went to the University of Minnesota in pre-med and completed two years of school with straight 'A' grades. He met his wife Patricia Corcoran at a dance in Minneapolis, and they were married in 1952.

Life interfered with the best-laid plans and the arrival of the first of his eight children. Jerry had the opportunity to join the Woolworth Department store chain. He started as an assistant manager at the Lake Street store in Minneapolis. Jerry went on to a 41-year career as store and regional manager in 12 cities in Minnesota, Wisconsin, Iowa, Wyoming, and Chicago, Illinois. He retired to The Villages in Lady Lake, Florida, where he took up golf and enjoyed his many children’s and grandchildren’s visits.

Much gratitude and thanks to the Brighton Hospice team and Memory Care specialists at the Willows of Arbor Lakes. Please direct all memorials in memory of Jerry to the Animal Humane Society of Golden Valley - 845 Meadow Ln N, Golden Valley, MN 55422.

We encourage you to share your most beloved memories of Gerald here, so that the family and other loved ones can always see it. You can upload cherished photographs, or share your favorite stories, and can even comment on those shared by others.

Posted Aug 10, 2020 at 11:31am
Dear Caroline, Heartfelt thoughts go out to you and your family in this time of sorrow.

Chris and Gina purchased flowers for the family of Gerald Corcoran. Send Flowers

Blooming Garden Basket was purchased for the family of Gerald Corcoran. Send Flowers

Posted Aug 07, 2020 at 03:25pm
We didn't know Gerald personally, but Mary is someone that has touched our lives immensely. We are so sorry for the loss your family is experiencing.

Posted Aug 07, 2020 at 02:32pm
Patty and Family, Our deepest sympathy for the loss of your beloved Jerry. You are in our thoughts. Dave and Dave 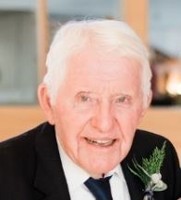 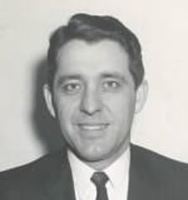 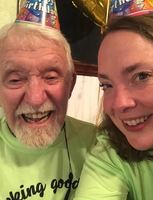 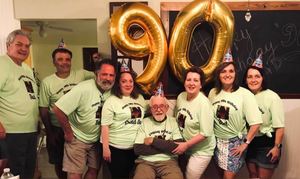